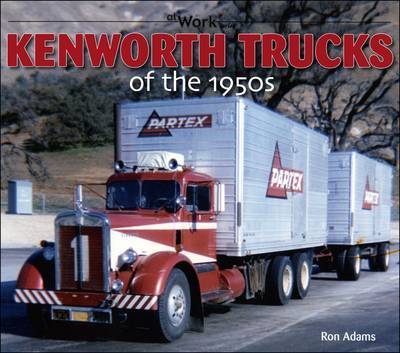 Kenworth Trucks of the 1950s

For Kenworth, the 1950s were some of its most exciting years. A financial windfall started out the decade, with a special truck built for ARAMCO that became a standard at oil sites around the world. In the mid 1950s Kenworth began building trucks in Canada and developed a new design with the cab beside the engine, upping the cargo capacity by 1,000 pounds and offering greatly improved visibility for the driver. In 1956 the company became a subsidiary of the Pacific Car and Foundry Company and under new ownership the 900 model, with a lighter, shorter chassis, was introduced. And, in 1957 the first tilt cab over engine was introduced with easier access to the engine and transmission for servicing. See the huge variety of Kenworths moving goods to Americans at the start of boom times.

Ron Adams has contributed to many truck books and articles in trucking magazines, among authoring a few handfuls of books himself. His books sell well as 'truck guys' have now been buying his books for years. He has been collecting truck literature and photographing trucks for over 40 years and has a vast knowledge of the trucking industry.